We now have three well-known, highly respected orthopedic manufacturers under one umbrella, Thuasne USA. The highest quality workmanship, technology and experience – coming together to meet your orthopedic needs.

Specialising in the manufacture of narrow elastic textiles when it was created in 1847, the company gradually moved into the production of medical and sports devices and has innovated constantly. It grew its business in France, opening up subsidiaries around the world and acquiring numerous companies in order to expand its product offer and its market.

From its creation to the post-war period

In 1847, Auguste Cattaert, the grandfather of Maurice Thuasne, created the company "Cattaert et Compagnie", specialising in the sale and distribution of ribbons made in Saint-Etienne. In 1900, the company received an award at the Exposition Universelle in Paris, illustrating its dynamism and capacity to innovate even back then. Maurice Thuasne took over at the helm of the company in 1914. He went on to lead a shift in focus towards medical products between the two wars, a strategy that would guarantee the company’s independence. The Biflex and Néoplastex trademarks were registered in 1932.

1956 saw the creation of the first Thuasne logo. The Novélastic brand, the forerunner of the Thuasne Sport brand, was created in 1968. In 1981 a new lumbar belt - Lombax - was launched, the first in what was to become a broad range of products. The first subsidiary was created in 1984 in Belgium. The Venoflex compression hosiery range was launched in 1992. Elizabeth Ducottet, appointed CEO of the Group, continued to grow the family business and support its international development: Thuasne acquired Zimmermann, a German company specialising in venous compression.

20 years of growth and international expansion

Between 1994 and 2015, Thuasne created subsidiaries in Italy, the Netherlands, Spain, the Czech Republic, the USA, Hungary, Slovakia, Sweden and Algeria. It opened a commercial office in Japan and acquired a number of companies around the world: Perez-Prim, a Spanish company specialising in orthopaedic devices, Dutch homecare specialist Vihome, Thamërt, a German specialist in external breast forms, the Swedish companies Begat and Mediband, the US company Townsend Design and the British company Orthotic Composites. It also signed a partnership agreement with the Indian company Tynor.

In 2015, Thuasne inaugurated Agora, the Group’s fifth site in Saint Etienne and a “vibrant” place embodying the company’s modern spirit. A new logo was also created: some of the bandages were removed from the iconic winged angel, for a simpler, more streamlined look. The recent expansion of Thuasne continued in 2016, with the purchase of Quinn Medical in the USA and the opening of online sales platforms in China. In 2017, the Group celebrated its 170th anniversary.

Thuasne USA is committed to maintaining the highest standard of design and manufacturing, producing the quality device customers have come to know and trust. In our pursuit of excellence Townsend Design’s Quality Management System (QMS) has received ISO 13485:2016 certification, the world's most highly respected QMS standard. Thuasne USA stands behind the performance and reliability of our products and are honored by the hard work and dedication our team has displayed in earning such an esteemed designation. 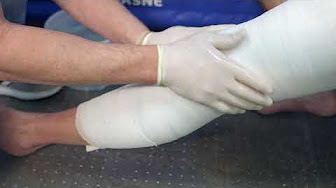 Your brace measurements fall in the custom range. If there may have been an error in your measurements, please try entering them again. If they are correct, please refer to the custom order form for further instructions.

Please Select the Correct Account – This action will apply to all items in your cart.